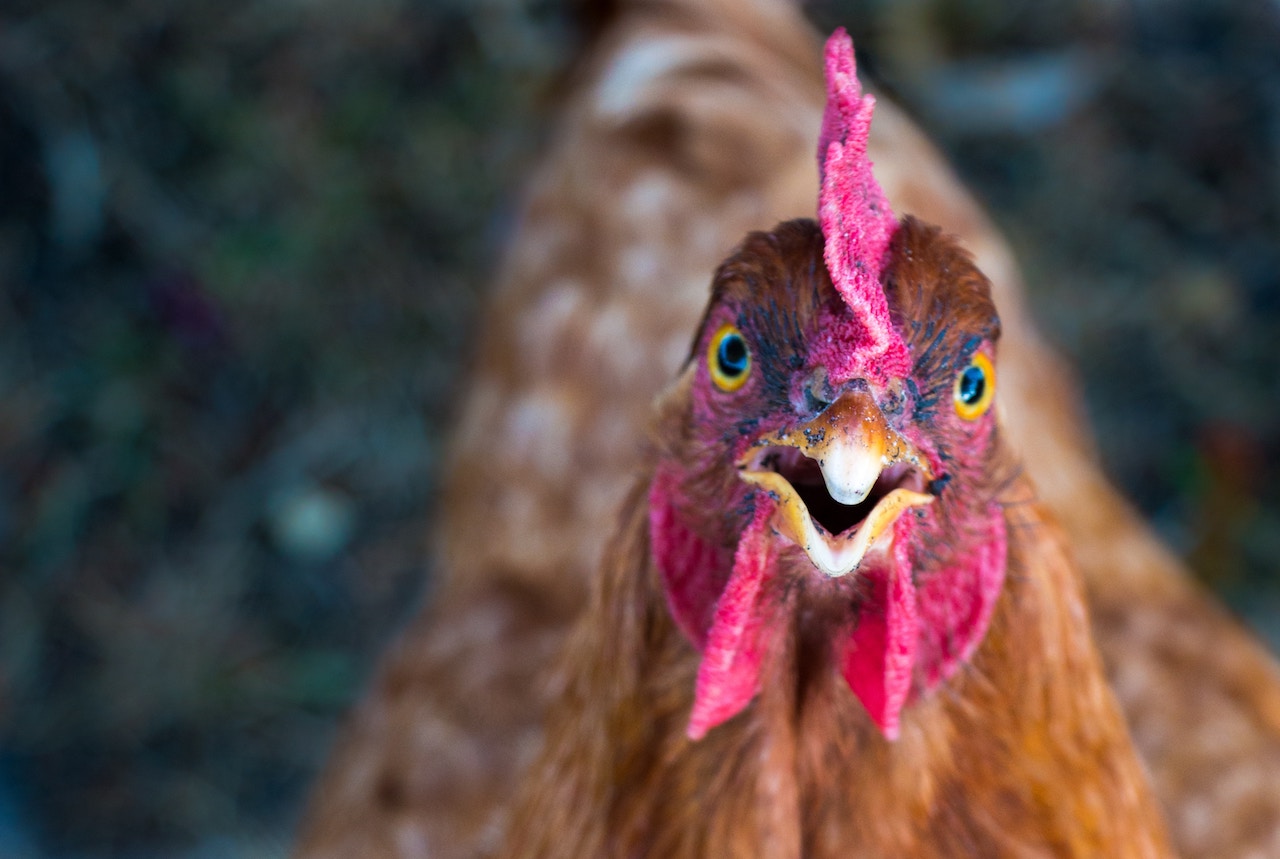 When the miracle of God’s incarnational love becomes too familiar to shine brightly, I remember a story my dad used to tell about the boy who loved a chicken…

Once upon a time, a boy loved a chicken. Nothing was particularly special about this chicken except that she was so extraordinarily loved. She was speckled, brown, average in every way. Unfortunately, as chickens go, she was also average in intelligence, which is not saying much. 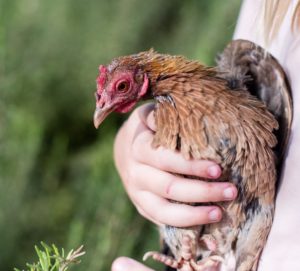 In loving his chicken, the boy had a problem, a very serious problem indeed. Instead of eating grain and worms and fat, juicy grubs, his dear chicken ate only stones. Day by day, his little chicken was growing thinner. Though the stones filled and satisfied her for a while, they were gradually killing her. The boy’s beloved chicken was starving to death, stone by stone.

The boy did all he could to fix this frightening situation. First, he tried talking to her. He scolded her, pleaded with her, and told her how much he loved her. He pleaded and pleaded, scolded and scolded, talked and talked. But, being a chicken and not a human, she understood nothing. In fact, she barely noticed the white noise of his love as she busily continued eating stones.

So the boy developed a plan. He put his precious fowl in a comfy, large, safe pen. After carefully removing all the rocks and stones, he scattered corn, wheat, worms, and fat, juicy grubs all over the ground. The boy spent quite a lot of time, effort, and his entire allowance on strong fencing and the best quality food. “Now,” he thought, “Now my chicken will eat and grow strong.”

But the foolishness of the boy’s little chicken was beyond understanding. 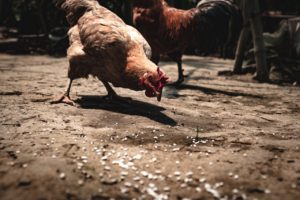 She ignored the grain, worms, and fat, juicy grubs that would have saved her life. Instead, she used up her energy digging in the dirt. After much scratching of the smooth soil, she was able eventually to unearth a few small rocks, which she devoured hungrily once again.

By now the boy was very distressed. What else could he do? The chicken he loved was wasting away. He thought and thought and came up with another plan. His little hen just didn’t know what she needed. She was used to rocks and didn’t realize they were killing her. He would put other, well-fed chickens in the pen with his little hen. Hopefully, as his poor starving chicken watched them eat the good, healthy food, she would be inspired to follow their example. 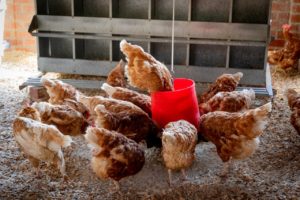 So, the little boy put fat, healthy chickens into the pen with his beloved little hen. He tossed in abundant quantities of barley, oats, corn, green leaves, worms, and fat, juicy grubs. The chickens sent by the boy ate the good food happily. They grew plump and sleek, but the boy’s own chicken ignored the others completely. She went her own way, scratching in the dirt, eating stones, slowly starving.

By now, the boy was desperate. His heart was breaking. If he didn’t get through to his precious chicken soon, she would surely die. What else could he do? She wouldn’t listen to him. She didn’t understand. She had no idea how much he loved her. Then he had an idea. He would become a chicken so he could speak her language and persuade her to eat healthy foods!

And the little boy did just that. Zip! Zap! The little boy became a chicken, a plain black rooster about the same size as his little hen. Cautiously, slowly, the little boy (who was now a chicken) scratched the ground and sidled his way over to his hen. 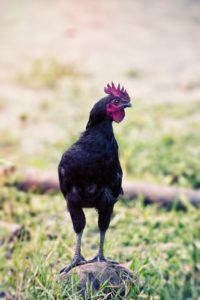 “Oh!”she responded cautiously. “Oh, hello! I’m eating, always eating. [Swallow, swallow] Hungry, so hungry. Are you new here? [Scratch, scratch] Here, have a big, fat rock.” (The little boy’s chicken may have had her issues, but she was not selfish.)

“A rock?”asked the little boy (who was now a chicken). “Oh, no, thank you. Do you eat rocks? [Scratch, scratch] You know, rocks will kill you eventually…They are not what we’re made for.”

As he talked, the little boy paused occasionally to peck and swallow corn kernels, leaves, and fat, juicy grubs (which was a bit disgusting since they were the only insects the little boy had ever eaten on purpose). “Here, try one of these. They’re full of vitamins. [Swallow, swallow, gulp] Quite tasty!”

Doubtful, puzzled, yet unexpectedly hopeful, the little hen watched him for a long while. This little black rooster who had come out of nowhere had no beauty to commend him, but he seemed healthy and strong. He wasn’t pushy or condescending, and he had a wise, kind, patient way about him. As she watched him, her courage grew. Perhaps she could eat just one of those wiggly things. She was awfully hungry. No matter how many rocks she ate, she always seemed to want more. Tentatively, the little hen took a tiny peck at a nearby grub.

DELICIOUS! Melt in your beak! Like nothing else she had ever tasted! A virtual explosion of energy and life coursed through her starving body.  How unexpected! What a surprise! She gobbled up another grub, and another, then some corn, leaves, wheat and barley. In fact, the little hen ate all that day, all the next day, and the next. Gradually she grew strong and healthy. As she ate, she wondered at times where the small black rooster had gone. But she was just a chicken, with very little understanding. She had gone from death to life and would never be the same.

And the little boy was very, very happy. 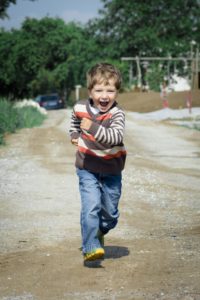 One Reply to “A Children’s Story: The Boy Who Loved a Chicken”