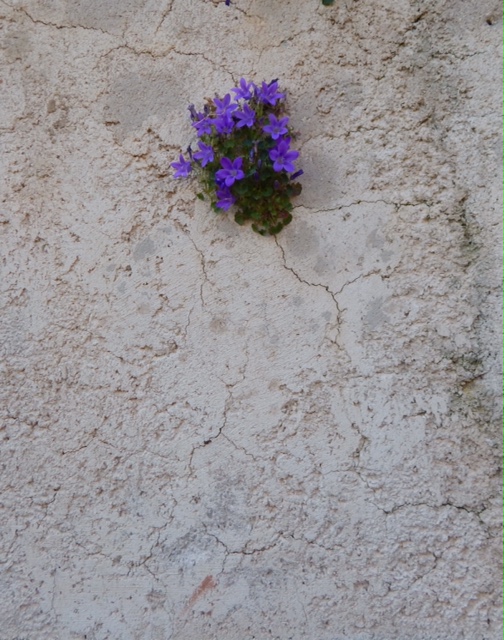 A little over a decade ago, a few months after our youngest daughter left for college, I was circling in a depressed funk. Despite doctoring a day or two a week, I had found real joy in mothering. Our four wonderful daughters were now independent adults living in other states. The fun, fulfilling years I had spent as a church youth advisor had just ended too. Who was I now? At fifty, I felt lost, useless, the most fulfilling part of my life’s work done. What should I be doing for God now?

One Sunday morning in early spring, I settled down into the smooth wooden comfort of our usual pew. As prelude music played, I leaned over to greet Char. Though we sat at opposite ends of the same long bench every Sunday, Char was a fellow worshiper whom I barely knew. However, she was always friendly and smiled during our weekly, “Hello. How are you?”

This day, Char surprised me.

“Hello. How are you?” I greeted as usual.

“Doreen,” Char responded a bit hesitantly, “this week as I was praying, God told me to tell you something. I don’t have any idea what it means.”

Ears perked and body tensed in anticipation, I waited. This was completely out of the ordinary for quiet Char and our established church routine. A prophetic word?! For me?! No one ever had a prophetic word for me. Certainly not in our church, and certainly not Char, who barely knew me (and who otherwise seemed so sensible!).

“God said to tell you, ‘Enough already.’ That’s all. I don’t know what it means,” she said, almost apologetically.

I did. I knew what it meant. Immediately the tears began. And they continued gently, persistently all through the worship service that followed.

I heard “Enough already” on two levels, God speaking. “Enough already with the circling around in self-pity!” was a gentle but clear call to reorient towards God.

But even louder was “You have done enough already. You do not have to do anything more. I am pleased with you already. No worries. You have done enough already.” In this “enough already,” I heard permission and power to explore—To what new ways of loving God and others might I be invited? What might be icing on the already tasty, fully-baked “cake” of my life? I felt freed from striving to make my life sufficient to earn God’s approval of me. I already had God’s approval.

This “enough already” from God was the seed that grew into my attending seminary and then training to be a spiritual director. I felt loosed by God to follow paths with Him that gave me great delight—learning and studying the Bible, theology, spiritual formation, and spiritual direction. Eventually, I quit my career in medicine entirely to follow Christ’s way of asking questions and listening. The yoke of responsibility for using all that medical expertise was removed from my shoulders. I could complete the work for which God made me in a new and different way.

Perhaps Jesus knew he had “done enough already” those many times he left the needy, noisy masses to pray in silence and solitude (Lk 5:16). And perhaps Jesus also heard his Father say, “You have done enough already,” just before he turned his face toward Jerusalem for the last time (Lk 9:51). How could he walk toward death on the cross (Lk 18:31-32) when so many despairing people had not yet heard the good news of the Kingdom of God? How could he who embodied compassion in every healing touch ever choose to stop making people whole?

Oppression, poverty, confusion, hopelessness, disease, disability, and demons still abounded. Yet Jesus knew that the teaching and healing part of his call on earth was completed; he had done “enough already” in these particular ways. So, he walked the path toward crucifixion to complete in a new and different way the work for which he had come. And finally, right before breathing his last, Jesus himself proclaimed “enough already”—“It is finished” (Jn 19:30).

Over the years, God’s “enough already” message has gained many meanings for me. But for now, enough said.

What might “enough already” mean if God said these words to you?