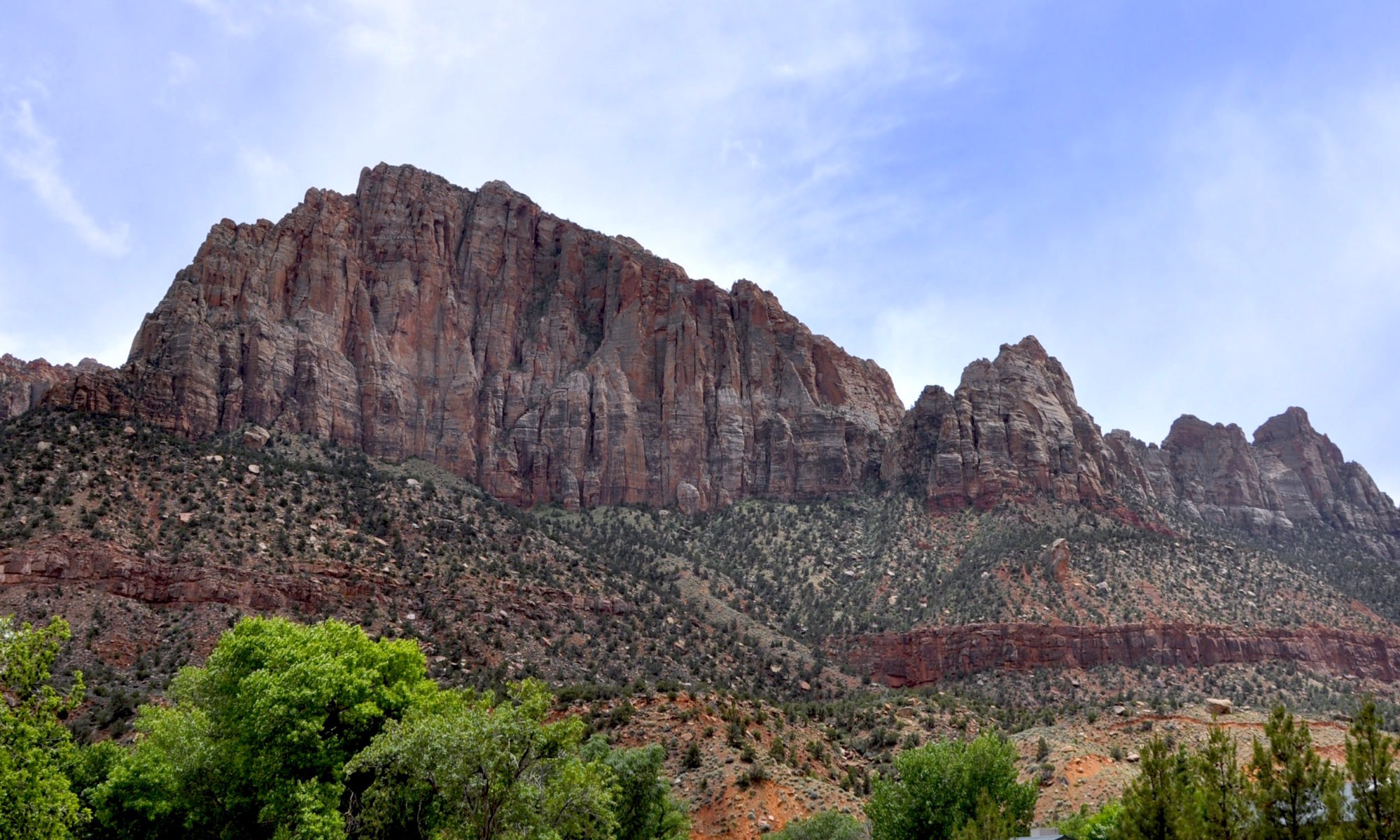 This is the sixth installment in an ongoing series on the principles of design used in Creation. God the Designer and Creator invites us to use these principles in our lives also. Whether intentional or not, we are always creating—memories, impressions, relationships, patterns of thinking and feeling, and legacies.

In the last few weeks, we talked about the following design principles: Dominance, Balance, Contrast, and Gradation. This week we will discuss Alternation (or, more broadly, Repetition) and Variation. Repetition is used in art to produce a sense of stability and unity. Variation is used to increase interest and to create movement.

In the visual arts, music, and literature, repetition of color, shape, melody, or idea serves to prevent chaos and to establish a mood or a recurring theme. Common visual repetitions in art include spirals, plaids, mosaics, and waves. Repetitions in music are found in refrains or choruses, and a popular musical composition technique is to use a recurring theme with variations. However, as we see in the checkered design below, too much repetition can result in boredom or stagnation. 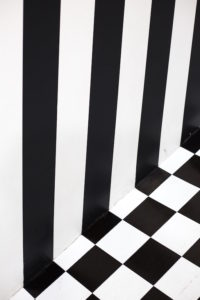 Variation adds interest and surprise and can also serve to move the viewer’s eye in a certain direction. However, as we see in the next photo, too much variation can be overwhelming and confusing.

In contrast, as shown in the following design and photograph, the best compositions contain both repetition and variation. 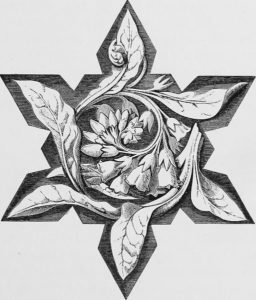 God used both repetition and variation extensively in Creation. In a crowd of people, we see repetition of form; almost all possess two eyes, two hands, two feet, one head, one nose. Yet, even the human body exhibits a lot of variation, which makes each of us (even identical twins) unique. Every single snowflake shows repetition, growing from water vapor crystallizing around a small dust particle into a six-sided structure. Yet snowflakes also show almost infinite variation and are never exactly alike.

On one hand, we have come to expect and depend upon repetition, manifested as rhythms and patterns in nature, like seasons and day/night cycles. Science is based on repetition and the understanding that “laws of nature” are reproducible. For example, every time we drop a shoe, gravity will pull it toward the center of the earth.

On the other hand, we also unconsciously recognize that variation is natural. Exact repetition is more often man-made than God-made. For example, in a filled football stadium, the uniformity of the seats exhibits factory-produced repetition while the variation among stadium seat occupants (tall, short, white, black, blonde, brunette, Eagles jersey, Steelers hat) seems more “natural.” Looking at this photo, we instinctively know that the railroad tracks, with their unchanging repetition, are man-made, but the trees in their great and beautiful variety are God-made. 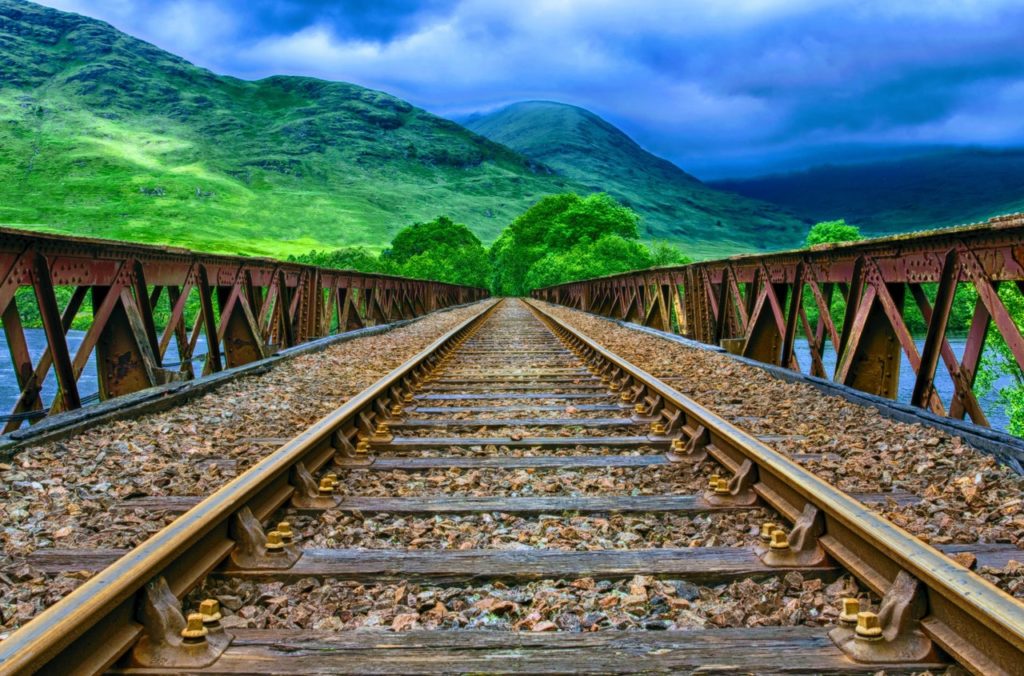 God’s actions in human history also exhibit both repetition and variation. He repeatedly tried to communicate and draw sinful humanity back into faithful and loving communion with Himself. Yet He did this in a variety of ways—through the Law, the prophets, and the poetry of psalms; through kings and kingdoms and through destruction and exile; and finally by His own Incarnation and the indwelling power of the Spirit. God is both unchanging in His character (repetitive) and unexpected (varying in His methods).

Ideally, our spiritual lives will contain both repetition and variation as well. Repetition is needed in spiritual practices—daily Scripture-reading and memorization, continuous prayer, regular meeting and serving together, and weekly keeping the Sabbath. Variation is also needed in spiritual practices as we explore different ways to pray (e.g., confession, listening, intercession, meditating on the Word, examen, prayer-walking, journaling, kneeling, tongues) and to worship (e.g., songs, hymns, spiritual songs, dance, silent surrender, painting, walking outside in awe of God’s Creation). Crafting a rule of life, which is a daily framework or plan in which to incorporate such spiritual practices, integrates both repetition and variation.

In our lives, repetition can wreak havoc through obsessive-compulsive tendencies; through rigidness and an unwillingness to change; through profiling and judging others’ motivations; and by acting on instinct instead of thoughtful consideration and creativity. Likewise, variation can wreak havoc when we wander without boundaries, map or anchor and when we live without regular self-examination and prayer.

In what ways is God inviting you to more regularity, repetition and rhythm in your life? In what ways is God inviting you to explore, experiment and transform? Consider and pray with these questions. Next week, we will complete this series with an exploration of Harmony and Unity. In the meantime, also consider the following questions: Where in your life do you experience disharmony, discord or dissonance? What does unity with God and others look like for you? What does Scripture teach us about harmony and unity?